By Marie-France and Denis Rivard
January 12 2016

What started as a trip to search for whooping cranes during their fall migration in Saskatchewan ended up as a full nature experience with sightings of close to 60 species of birds and a number of mammals including deer, moose, coyote, prairie dog, cottontail and even a weasel.

Our journey started in Saskatoon, where we joined the Golden Eagle group of the Saskatoon Nature Society for a field trip in search for whooping cranes.  Our leader was confident that we would be able to find them as his contact at the Whooping Crane Hotline indicated that 2 groups had been feeding in wheat fields close to Meacham, east of Saskatoon.  After instructions in regards to allowing as many participants to view the cranes without disturbing them, the group carpooled and formed a caravan, with each car linked to the leader by CB radios.  As we had no CB radio, one participant gave us a walkie-talkie and relayed the information to us from his car as we moved on an unpaved road, stopping at various sloughs to observe waterfowl.  As we approached the location where the cranes had been previously reported, we saw at a distance a family group (2 adults and a juvenile) of whooping cranes feeding quietly in a field.  Their size and white color make them quite visible from a distance.  The caravan proceeded to an observation point along the road where the group was able to observe without disrupting their feeding. Another migrating group, composed of 8 adults, was found in a nearby field.  One individual appeared to be injured as it limped when walking. This group moved slowly while feeding and eventually disappeared behind a hill. Hoping that we could see them again, we returned 3 days later and found the family of 3 still feeding in the same wheat field! We were unable to find the group of 8 on that day. 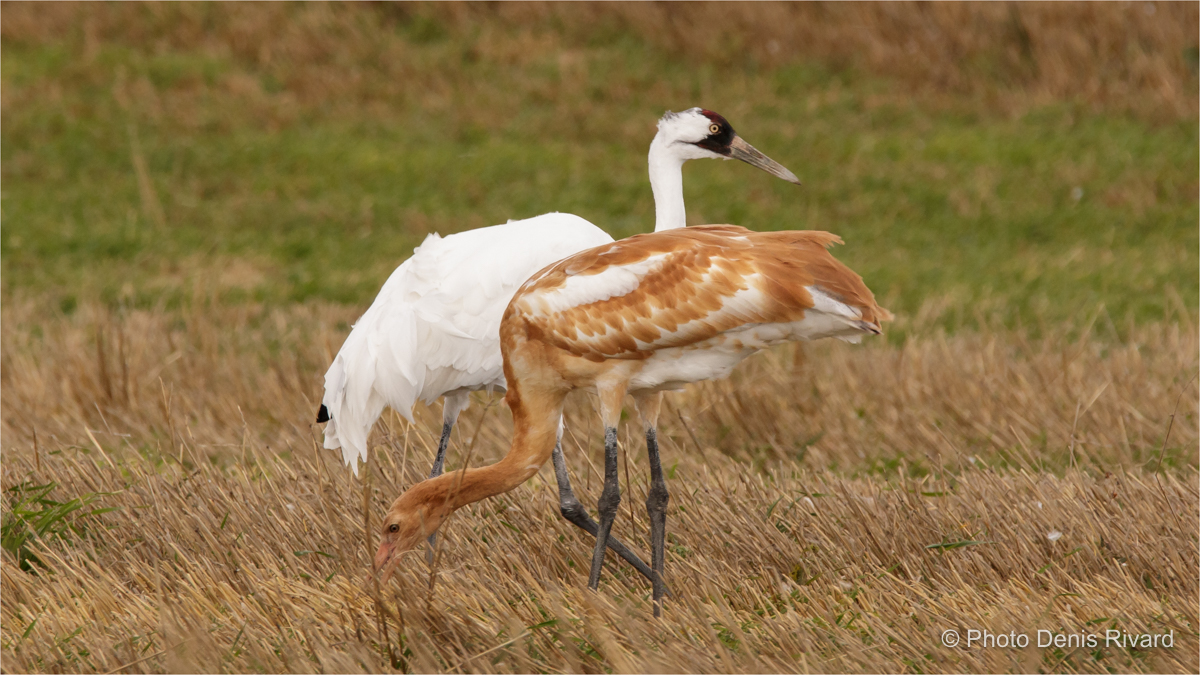 The wild population of whooping cranes expanded from 21 individuals in 1941 to 437 in 2011 due to sustained efforts to recover the species. In the fall, they migrate from their natural nesting grounds in the Wood Buffalo National Park (Canada) to their feeding grounds in Texas. They do so in family groups or in small groups of adults and will stop, as they progress southward, in local fields to feed. Some migrating groups will remain in the same general area for days and up to several weeks before proceeding down to their winter grounds in the Aransas National Wildlife Refuge in Texas.

We also looked for sandhill cranes, which feed in large numbers in fields south of Saskatoon. They were easily spotted while in flight or in the fields, as we listened for their typical rattling call. We were able to see hundreds of them over the 3 days we spent near Saskatoon. They move during the day to feed in wheat fields and return to resting areas which are often near water. 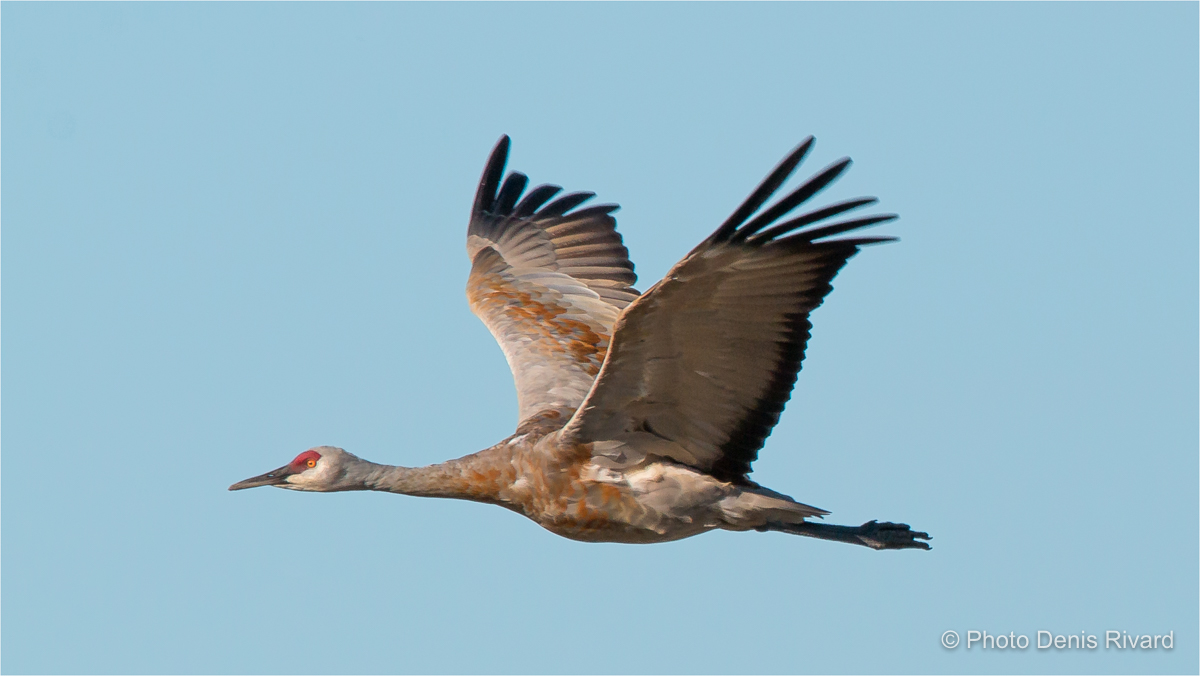 It was also quite a sight to see thousands of snow geese as they stop over in sloughs or fields to feed or rest at sunset. Equally impressive is to see them taking off in the morning as they get in formation to continue their migration.  Canada geese were also migrating in number.  While we knew that there could be cackling geese amongst them, it is only during the last day of our trip that we could see these 2 species of geese side by side, at close range, while visiting the beautiful and extensive park situated in the middle of Regina.  The park, which includes the Wascana Lake Migratory Bird Sanctuary, attracts numerous bird species during the spring and fall migration. 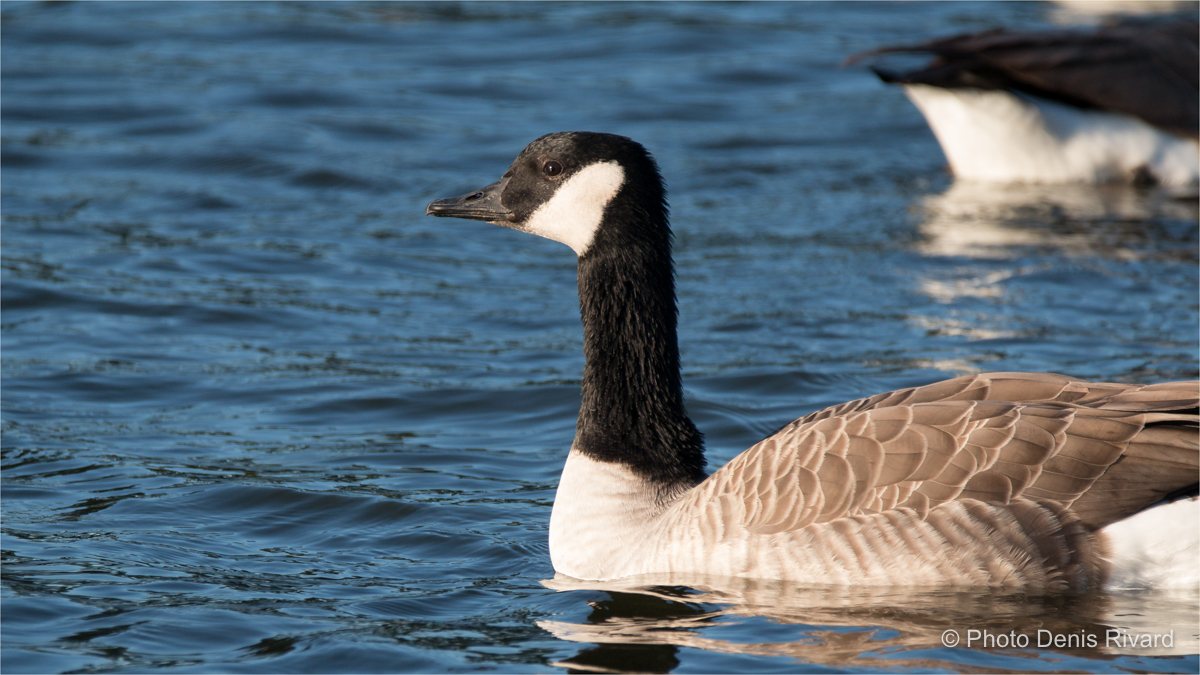 Along unpaved roads, the numerous sloughs attract waterfowl. We saw a variety of ducks, including redhead, pintail, canvasback, lesser and greater scaup, northern shoveler, widgeon, bufflehead and, of course, mallard.  As opposed to our experience in their wintering grounds, all waterfowl seemed more aware of our presence and remained at a distance as we slowed down to identify these mixed flocks. Shorebirds were scarce, except for both the lesser and greater yellowlegs, which seemed unconcerned by our presence.  While American avocets had been reported in great number in previous weeks, only a few were still around, busy feeding in shallow water. 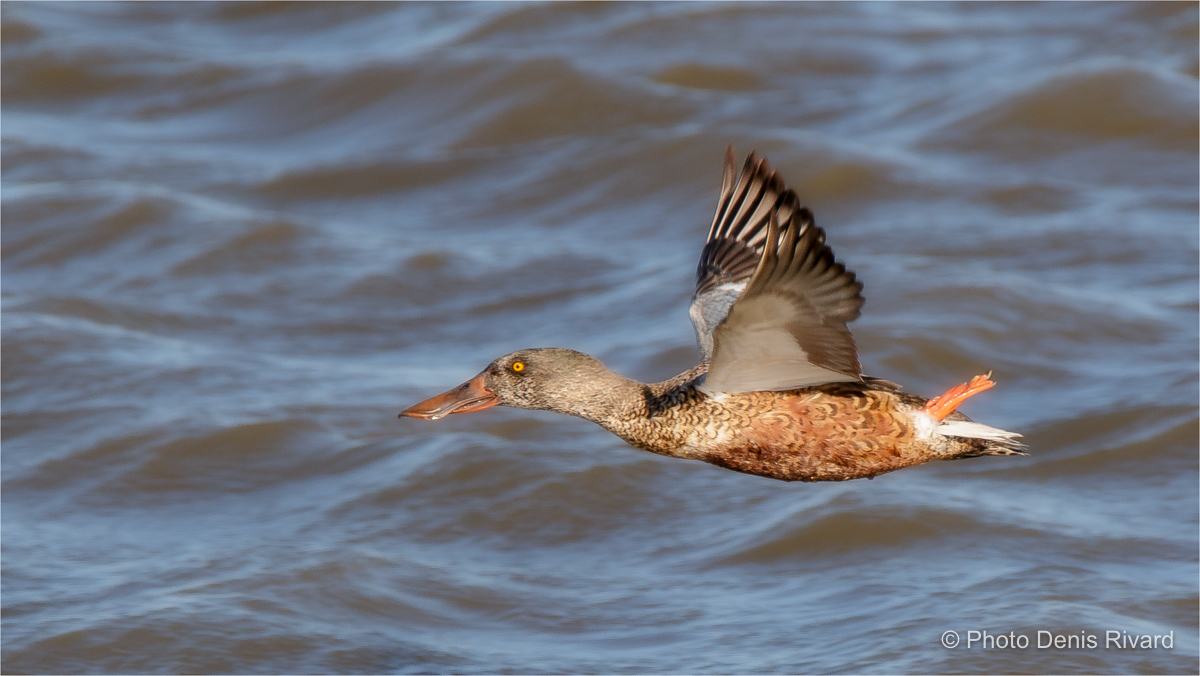 White pelicans seemed to have mostly left for their migration but we saw a few of them on larger lakes and reservoirs. The area near Chaplin Lake gave us a great opportunity to see tundra swans who quietly swam as we stopped to observe them.  Raptors were spotted on many outings and included species like the bald eagle (adult and immature), red-tailed hawk, rough-legged hawk, merlin and northern harrier.  Black-billed magpies, crows, and western meadowlarks were seen along the road throughout our journey.

In Prince Albert National Park, a ruffed grouse, perched on a log at the edge of the forest, was quite confident that it could not be seen (see photo). Its silhouette, seen from a distance against the light background, caught the eye of the photographer.  They usually flush away as you approach them and rarely offer such an opportunity to be photographed.  We also saw a group of gray partridges when returning from Meacham, a first for us. 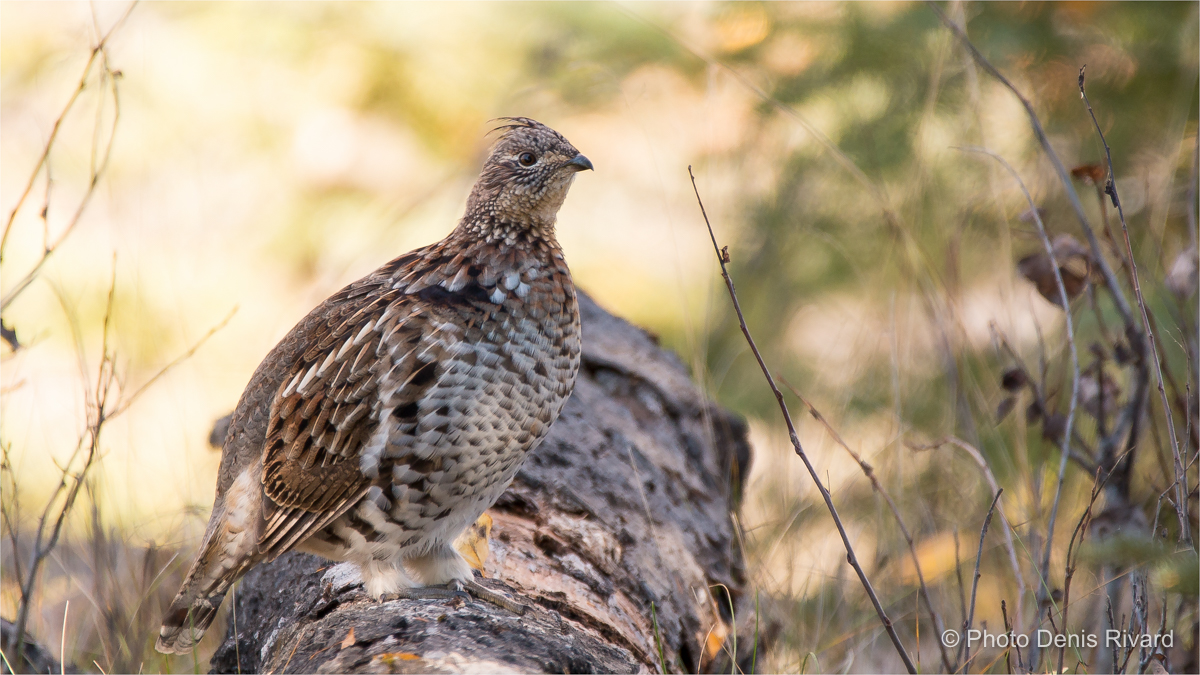 Coyotes were a common sight in open fields and were often seen along the road.  As we were leaving the Last Mountain Lake National Wildlife Area, we saw a coyote cross the road and disappear in the tall grass.  We stopped at the entry point and, to our surprise, here was a moose staring at us.  Mule deer were often seen at dusk along the road. 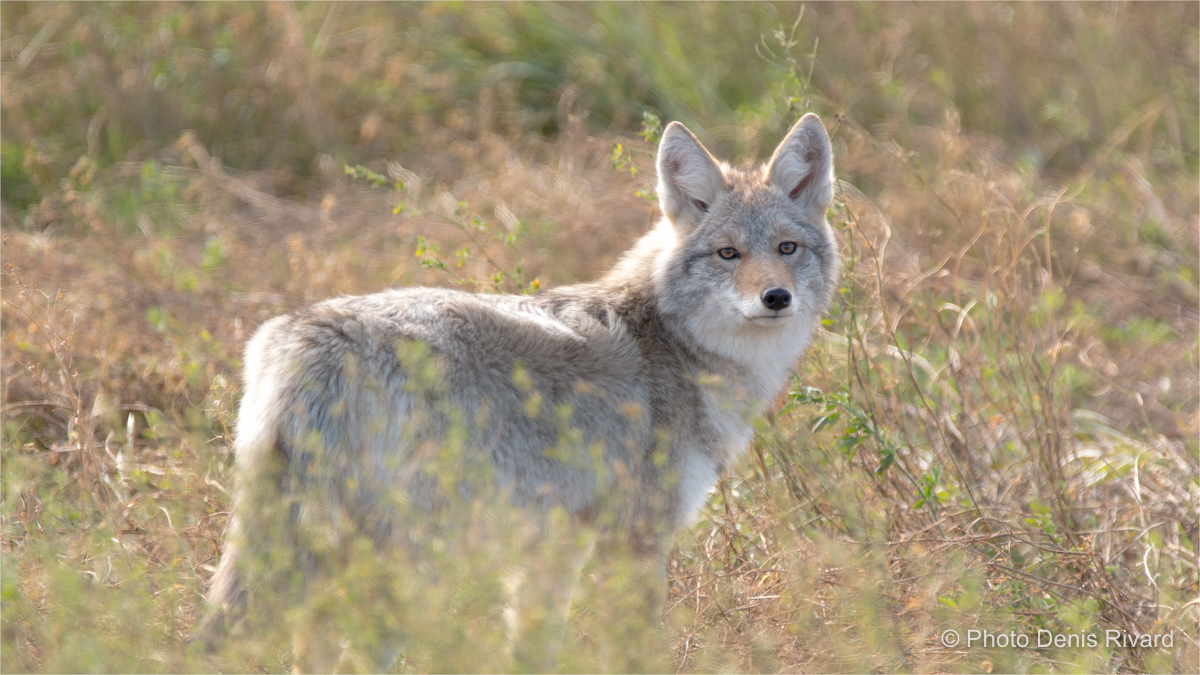 Coyote by the road in southern Saskatchewan. 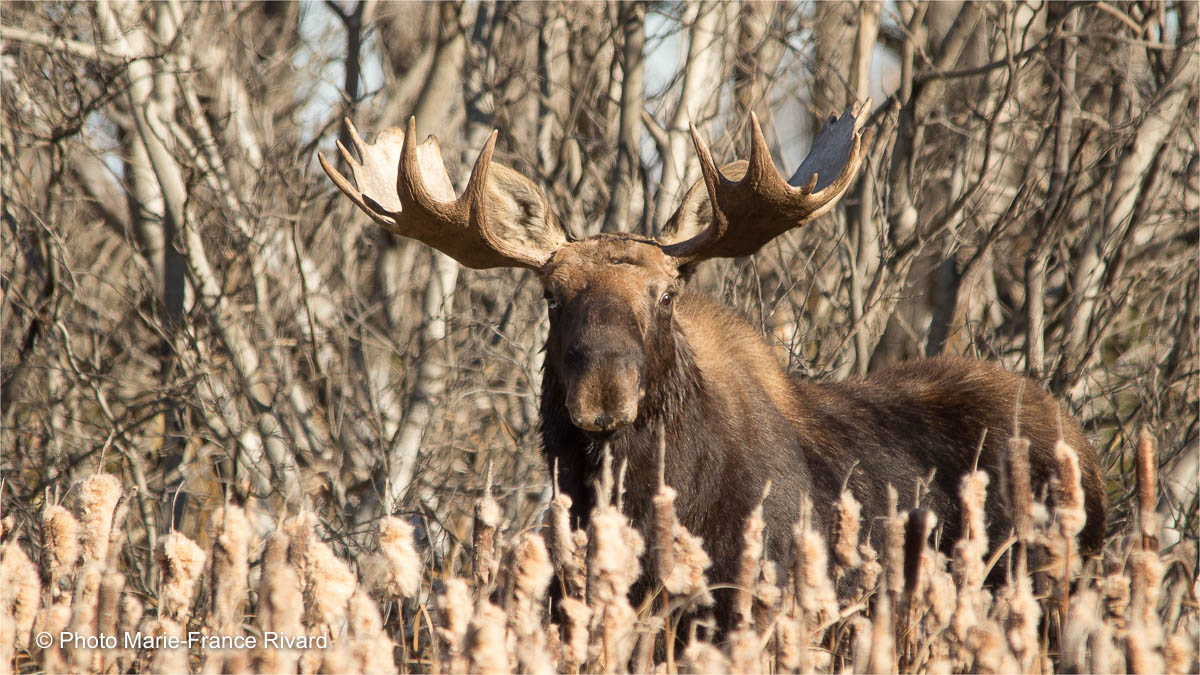 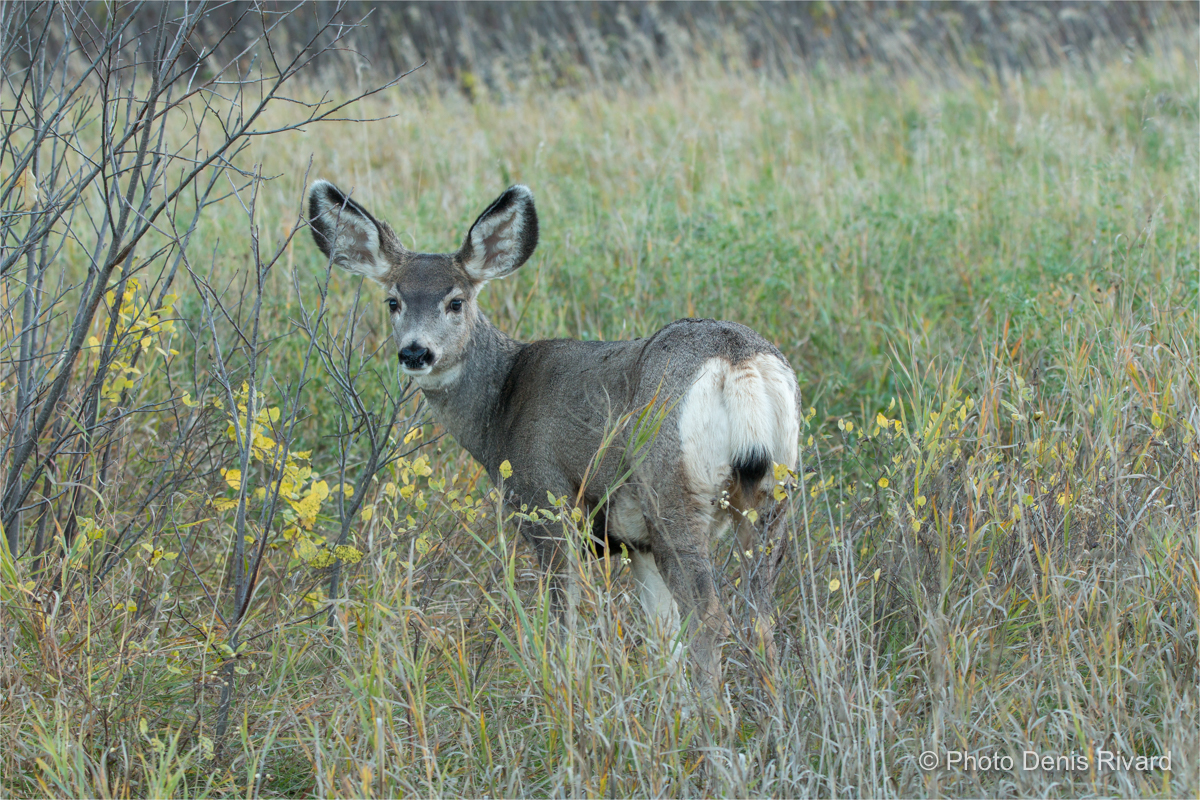 Mule deer were often seen at dusk along the road. 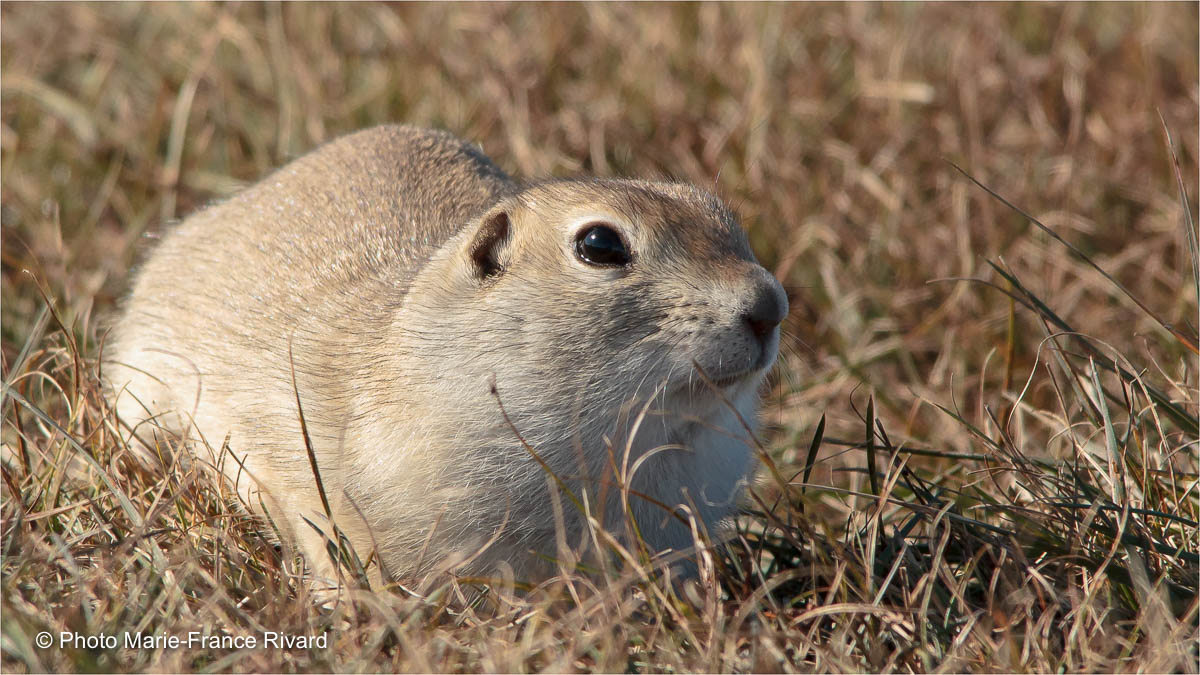 Some trails or roads have been flooded in 2011, so it is important to check the conditions before heading out as they may not be accessible by car. This was the case for the bird sanctuary in Quill Lakes, near Wadena.  As well, a significant portion of the self-drive at Last Mountain Lake National Wildlife Area was closed to vehicles.  While all parks were officially closed at that time of the year, they were accessible and remained open for sightseeing, bird watching and the like. In Douglas Provincial Park, we were the only visitors, except for this cottontail and a short-tailed weasel which did not seem to mind our company. The weasel ran back and forth between us and the shoreline, playing hide-and-seek for at least 10 minutes. It was at times so close that our telephoto lenses were … useless. 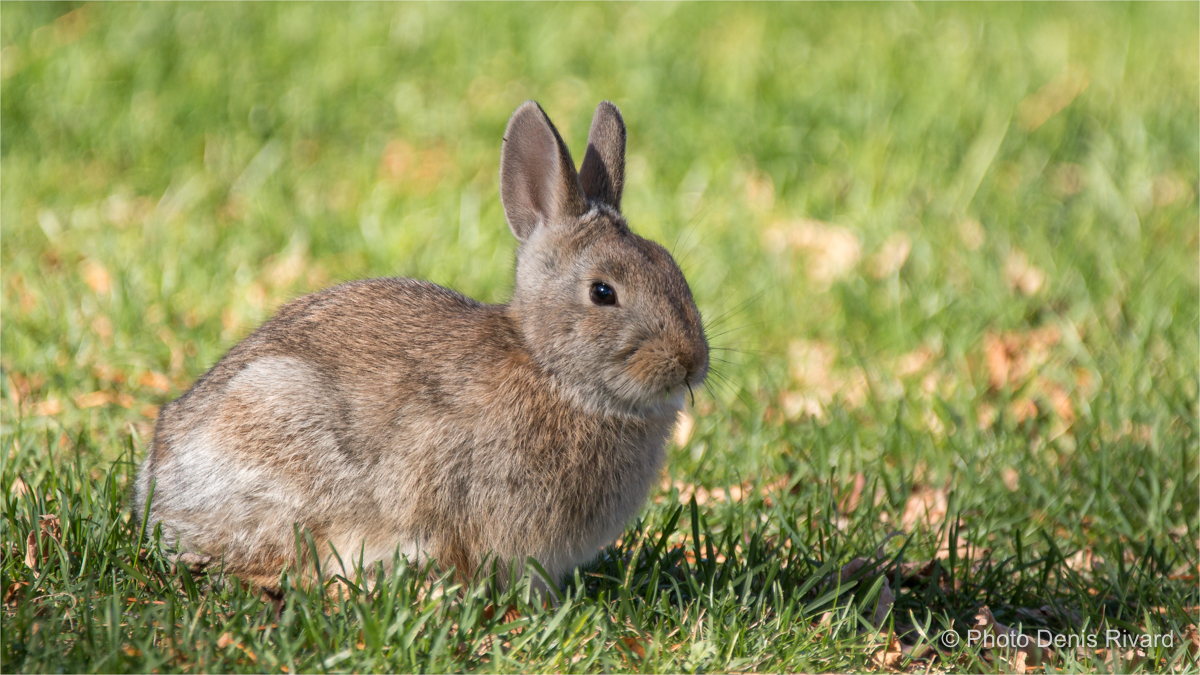 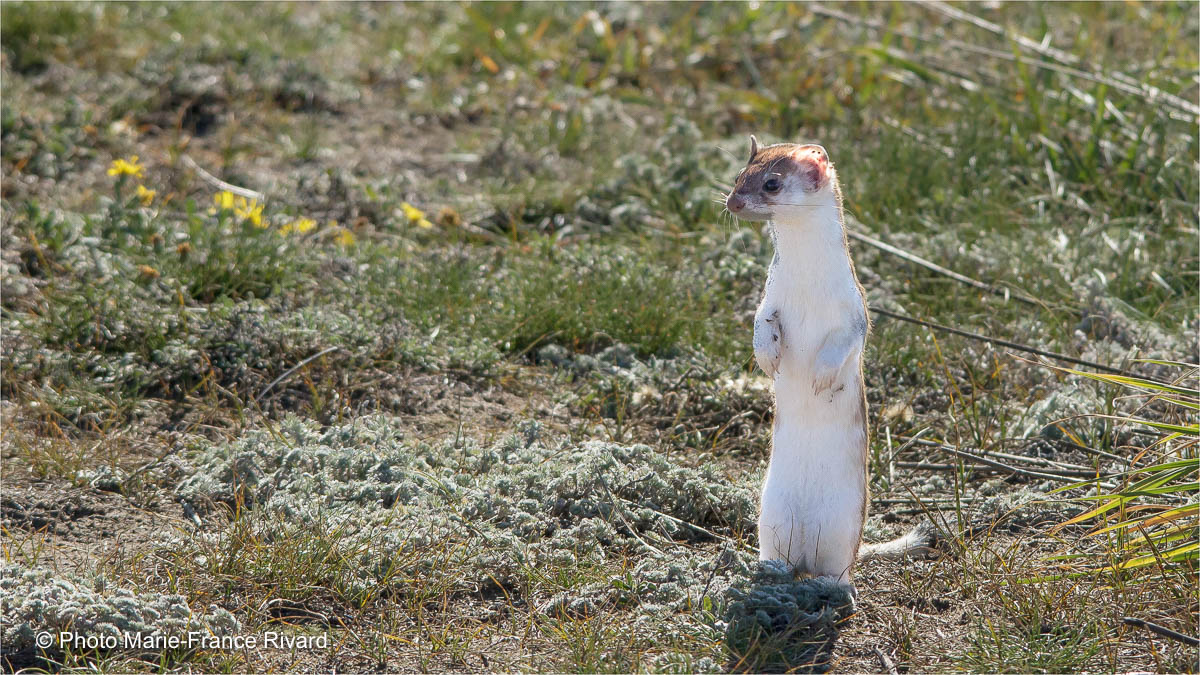 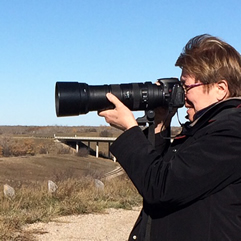 The authors, who like to combine bird watching and nature photography in their travel, spent 10 days in Saskatchewan in October 2015 in search for whooping cranes during their fall migration.  For these photos, they used a Sigma 150-600mm lens attached to a Canon 70D and a Sigma 150-500mm lens mounted on a Canon T3i.